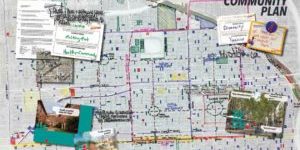 A master redevelopment plan unveiled Tuesday that promises an economic vitality while retaining affordability for neighborhood residents. The plan calls for small-scale infill development to create housing that will remain affordable for current residents.” 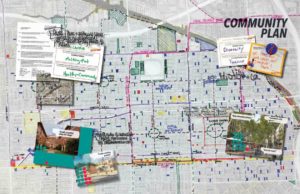 Known for its cafecito windows, live music and passion for dominoes, Little Havana and its residents are being pushed out by lifestyle shifts and an increasing appetite for property close to the downtown core

That’s the warning from urban experts, conservationists, public officials and civic activists who have been studying the shifting neighborhood.

And now a coalition of activists, backed by the municipal and county governments, has engaged 2,700 Little Havana residents and stakeholders to craft a better balance between development and residents’ needs.

The result is a master redevelopment plan unveiled Tuesday that promises an economic vitality while retaining affordability for neighborhood residents. The plan calls for small-scale infill development to create housing that will remain affordable for current residents.

“The most important thing in Little Havana is its people,” said Juan Mullerat, director of Plusurbia Design, the urban planning firm that led the project with the National Trust for Historical Preservation (NTHP). “This plan focuses on the residents and proposes strategies to protect them and their homes.”

It recommends reinvestment on infrastructure and establishes methods to strengthen the neighborhood’s character by protecting historic structures assuring a better and healthier life for the residents and future generations,” he summarized.

The report mentions recent street upgrades and other public space improvement projects that “have actually disrupted the unique character of Little Havana, rather that reinforcing it.”

An ongoing Miami Herald series, Priced out of Paradise, identified Little Havana as one of the neighborhoods most at risk as Miami-Dade morphs into a global metropolis. The shift has brought ever-climbing housing costs, making South Florida one of the most unaffordable regions in the country.

The nonprofit trust designated Little Havana as a National Treasure because it is “a symbol of inclusiveness, a testament to the immigrant spirit that built our nation.”

But the growing value of the land, demolition of historic buildings and the displacement of poorer residents are endangering the area’s cultural richness, the preservation experts argued.

The master plan titled “Little Havana Me Importa” — Little Havana is Important to Me — was unveiled at the Koubek Memorial Center, a home for the preservation of Cuban and Ibero-American culture in Miami-Dade.

“We did not want to present a project that no one had seen before. We prepared this document together with the county and the city,” Mullerat said. “It’s a plan aimed at implementing the recommendations.”

The plan divides its revitalization proposals into four key areas:

▪ Identity and sense of belonging

“It proposes reductions in parking requirements to encourage more affordable housing for people through rehab and small-scale infill,” said Lindberg. “And it offers a vision for safe, walkable greenways for people instead of single-use throughways for cars.”

According to the report, Little Havana’s 1,500 acres have the highest population density in the City of Miami — some 60,000 residents — but only 1.6 percent of the land is dedicated to green spaces, compared to 23 percent for streets and roads.

One of the proposals is to modify the streets that connect parks and schools, turning them into green spaces such as gardens and playgrounds and limiting vehicular traffic to local access.

“There are different standards for our parks in Little Havana, compared to neighborhoods like Wynwood, Coconut Grove and Brickell, where the parks are more accessible and welcoming. Many residents complain that our parks have fences that are too high, few gates, few lights and bathrooms that are closed on weekends,” said Raissa Fernández, chair of Live Healthy Little Havana and owner of a school transportation business started in the neighborhood by her grandmother in 1965.

The plan is holistic, comprehensive, so there are many aspects that can be implemented through policy changes and amendments; others will take more time and funding, said Mullerat.

“The success on the implementation will depend on a very extensive collaboration between the county, the city and residents,” said Mullerat.

“A new cultural and social energy is coming to the neighborhood” miami herald quotes Fausto in its recent article on the magnificent opening of the Rubell Family Collection in Allapattah
December 3, 2019

Miami Will Flock to Allapattah for this Game-Changing Barbecue Spot
October 9, 2019

Little Havana Boutique Hotel Named One of the Best in the Country
October 9, 2019