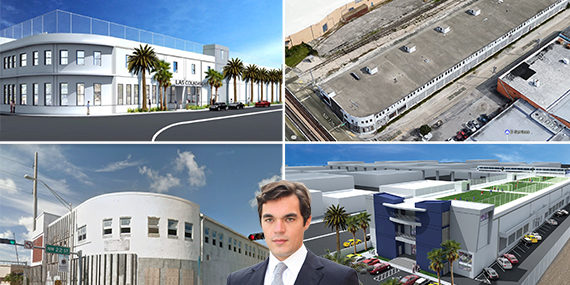 The owner of a popular Miami Beach restaurant is looking to sell a development site in Allapattah for $21 million.

A company led by Tonino Doino, who owns Rosinella Italian Trattoria on Lincoln Road, is listing the 101,000-square-foot building at 1109 Northwest 22nd Street in Miami’s Allapattah neighborhood. It can also be split into four sections and sold individually, listing broker Carlos Fausto Miranda said. The land totals about 80,000 square feet.

Doino, an Italian restaurateur who also owns the Sunset Juice Cafe, Rosinella Market and Due Baci in the Sunset Harbour neighborhood, planned to hold onto the site as a long-term investment but instead will invest proceeds from the sale into a business in Italy, according to Rosinella general manager Peter Saliamonas.

The building is in the heart of Allapattah, near Robert Wennett’s assemblage and the Rubell Family Collection’s new art museum at 1100 Northwest 23rd Street, which is slated to open in time for Art Basel next year. Wennett, who recently sold 1111 Lincoln for $283 million, paid $16 million for a combined 9.72 acres of land that made up the old Miami Allapattah produce market, which includes two large warehouses. He has yet to release his plans for the properties.

Other investors in the Miami neighborhood include Michael Simkins, and commercial broker Lyle Stern, who now owns three warehouses in Allapattah. The city of Miami recently rezoned much of Allapattah T6-8, which allows for mixed-use buildings to be built up to eight stories with 150 units per acre.

Fausto speaking at the February 28 Common Coliving Summit, on how Coliving is a powerful tool for bringing greater affordability and vibrancy to our most cherished urban core neighborhoods
April 27, 2020