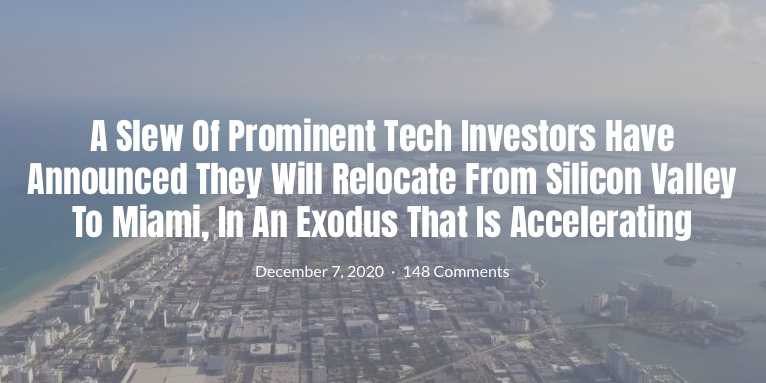 Multiple tech investors have announced in recent days they will move from the Bay Area to Miami.

Blumberg said the move was driven by poor governance in California.

“Big news, bittersweet news, but for the best. As of last night, we have moved out of California, and are now happier residents of southern Florida. Poor governance at the local level in San Francisco and statewide in California has driven us away.

Read Full Article by The Next Miami Here